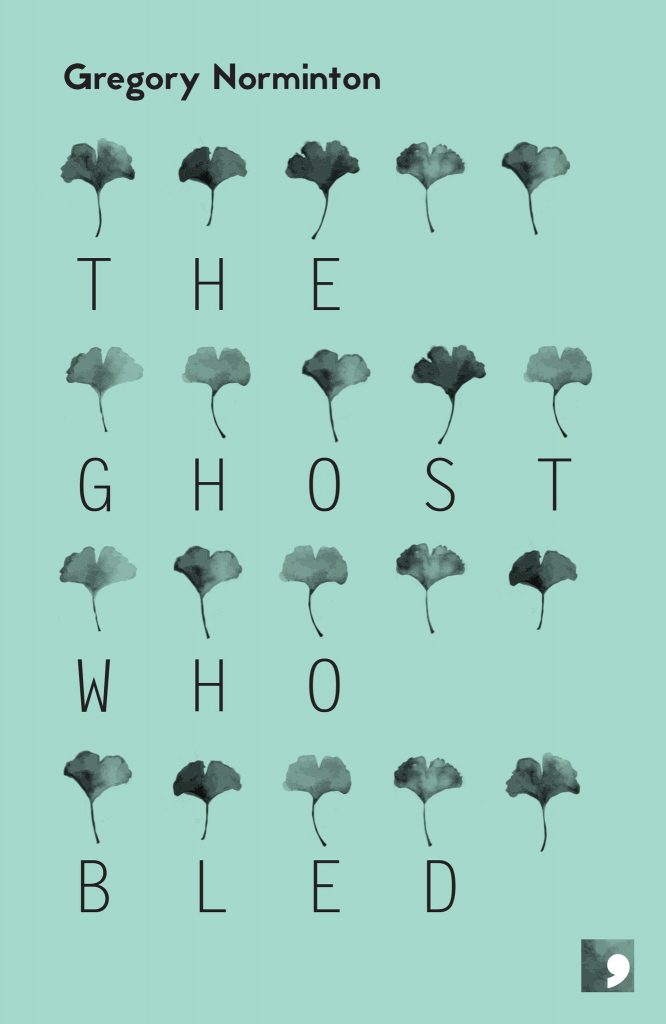 The Ghost Who Bled is out now from Comma Press.

A pregnant composer contemplates motherhood at the end of civilisation…

Achingly sad and boundlessly inventive, Norminton’s short story collection is as witty and lyrical as it is moving. Including deeply insecure time travellers, medieval mystics and futuristic body-modification cults, the stories in The Ghost Who Bled amount to a tour de force of literary world building, blending the historical sensibilities of Andrew Miller with the speculative dystopias of J.G. Ballard, all infused with the morbid ingenuity of Roald Dahl.

“This is a sublime collection of short stories by a writer whose breathtaking flexibility of style gives life to an array of different voices… Unfailingly beautiful, deceptively simple and lyrically powerful, Norminton’s tales make this collection something to be treasured.” Claire Looby, The Irish Times

“Good fiction encourages us to look at the world from another’s perspective, and in his new short story collection, Norminton explores this idea in extremis. The ghost of the title learns “with the cunning of necessity, how to inhabit another man’s body”, and an actor diagnosed with terminal cancer chooses to face death as Julius Caesar instead. Stepping into someone else’s shoes may seem to offer escape, but Norminton shows it can imprison: “My back and shoulders began to ache from my walking constantly in his body,” reflects a tyrant’s lookalike, made to inhabit a gilded cage of non-existence, breakfasting on figs and chocolate as he is shown photos of his wife marrying another man. Images of entrapment recur through the stories, like the caged sparrows in Phnom Penh that “churned behind the bars”, freed when people pay for their release only to be recaptured so the charade can begin again. Norminton’s host of vivid characters and minutely realised situations transfix; we can’t help but share the “bitter-almond taste of fear” of the various snares of these lives.” Emily Rhodes, The Guardian

“The Ghost Who Bled is at once classical and contemporary: a collection of stories that are multi-layered, subtle and complete – each one a bottled miniature. This is very fine literary fiction – relevant, not archaic or esoteric, and sometimes breathtaking for its novel-like range and ambition.” Tamim Sadikali, Bookmunch

“These wonderfully accomplished stories range over time and place, but what holds them together, other than the mastery of the language and the sheer gift of storytelling displayed, is their constant, complex humanity, and the sense that being human is only part of being something larger, what the narrator of the title story calls “the sufficient planet of home”.  Charles Lambert

“All the doors of the imagination are open to Gregory Norminton… This collection roves magnificently from one side of the world to the other, bringing together people and their predicaments as only its author can. Read it and be transported, too.”   Michael Caines

Here I am discussing the book with Comma Press’s Becky Harrison.

You can also read my interview with Thresholds,

and my interview with Asian Books Blog,

or you can listen to this podcast with Rob Cutforth on The End of All Things.