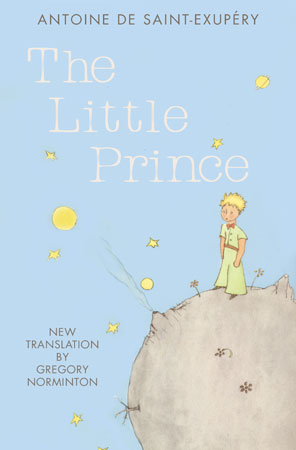 Having crash-landed in the Sahara desert, a pilot comes across a young boy who introduces himself as the “Little Prince” and tells him the story of how he grew up on a tiny asteroid before travelling across the galaxies and coming to Earth. His encounters and discoveries, seen through childlike, innocent eyes, give rise to candid reflections on life and human nature.

First published in 1943 and featuring the author’s own watercolour illustrations, The Little Prince has since become a classic philosophical fable for young and old, as well as a global publishing phenomenon, selling tens of millions of copies worldwide and being translated into dozens of languages.

In 2014 I was invited by Alessandro Gallenzi at Alma Classics to produce a new translation of this classic book for children. It has been a huge pleasure to do. The original French text retains a lightness which is not always evident in the rather dated English versions on the market. I have tried to restore some of that lightness, combining as a translator should absolute fidelity to the original with an attempt to preserve its particular flavour.

The new translation is available to buy here.

“A saint in short, true to his name, flying up here at the right hand of God… And he was not the only one. He was merely the one who put it into words most beautifully and anointed himself before the altar of the right stuff.” Tom Wolfe